February 12, 2016 (Wortham, Texas) – The 2016 season has kicked off once again in a Texas-style fashion.  Starting each New Years Eve weekend, the AMA Texas Winter Series begins at Freestone Raceway.  This year marks the 16th year for the series and visits some of the top tracks in Texas.  It also marks the beginning of AMA Pro-Am race season with the 5 round series offering Expert riders a chance to earn their pro motocross license.

The Texas Winter Series has been sanctioned by the AMA since year one.  The new addition to recognizing the largest amateur series in the entire United States is to compliment it by recognizing it as the only “premier AMA series” in Texas.  This distinction calls attention to the overwhelming competition within the series and brings over 30 states to Texas during the most difficult months of the year.  Deemed the “largest, richest, roughest, toughest”, the Texas Winter Series is averaging over 800 entries per round during the 5 round series that races every other weekend.

“We work all year to gain support from sponsors so they can reach as many riders as possible and because of its sheer size, we award through 10th overall to the 39 amateur classes for those that compete in 4 of 5 rounds” said Tom Shields, Series Director. “Our goal is to provide the Texas riders with the best tracks and the best competition possible.  Our hashtag this year is #ToBeTheBestRaceTheBest and we feel that is true.”

“The AMA Texas Winter Series has proven to be the training ground where many AMA Pro-Am riders hone their skills and earn the points required to receive their professional motocross license,” said AMA Motocross Manager Kip Bigelow.  “This series has earned the distinction of AMA Featured Series, where class champions receive an AMA Featured Series No. 1 plate to recognize their accomplishments.  With the conclusion of the series approaching, the racing is sure to be intense.”

The next stop for the AMA Texas Winter Series is Round 4 at Village Creek MX Park overlooking downtown Ft Worth, Texas this weekend, February 13th & 14th. The series will close out with its traditional last round at Freestone Raceway, February 27th and 28th and serves as the James Stewart AMA Spring Championship warm-up race. 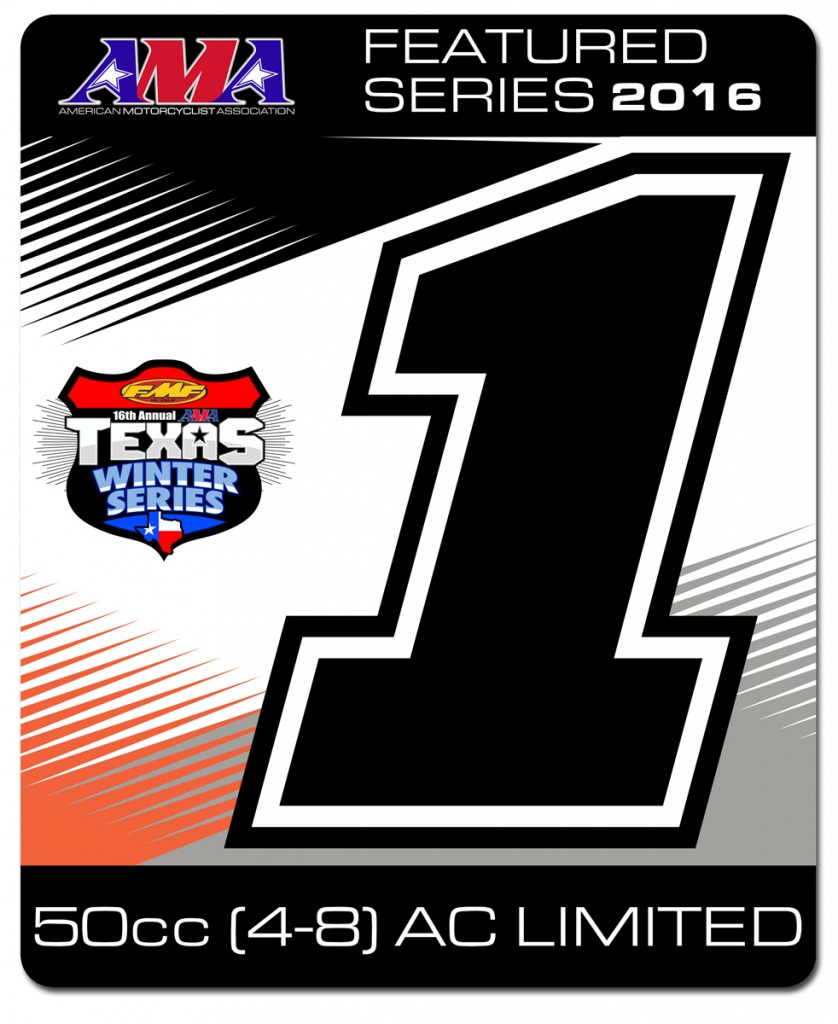