June 10, 2013 (Wortham, Texas) – The series began in March and after all the racing, it finally came down to who would be the best this past Saturday night.  After 273 entries and the points were counted, the South Texas Night Series beat the North.

Using the one-point system, the South series scored more points per rider.  The South series also took more class championships (South-17; North-13) during the Shootout and overall had more Top 5’s (South-78; North-73).  Congrats to everyone and thank you for coming out. 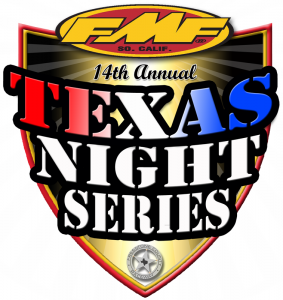