Along with overall awards and contingency being handed out at Freestone, the highly sought BELL Golden Helmet award will be claimed this weekend.  This award recognizes the rider that competed against the most riders and accumlated the highest point total.

After 3 of 4 rounds, the battle rages between several riders. The standings look like this:

The winner of the Golden Helmet award will receive a yet-to-be-released 2011 BELL Moto-9 and custom paint by Tagger Designs.  As a bonus the winner will also receive two (2) additional BELL Moto-9 helmets, the same helmet trusted by riders such as James Stewart, Justin Brayton, Adam Cianciarulo, Robbie Maddison and many more.

If the winner has an existing contract with another helmet manufacturer he or she will still be awarded the BELL Golden Helmet trophy and recognized nationally in press releases. The two (2) additional Moto-9 helmets will be awarded to the rider next in the points standings. A full list of eligible riders is listed below. Check out the points to see how it’s all coming down to this weekend.  In order to be eligible riders must have competed in 3 out of the 4 rounds in each class in which they participate.

Special Thanks to BELL Sports and Tagger Designs. 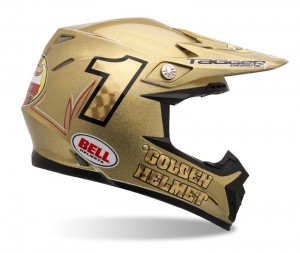 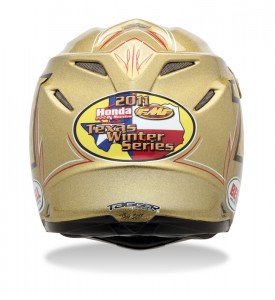 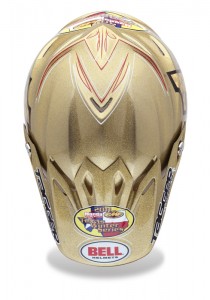