March 21, 2016 (Wortham, Texas) – It’s that time of the year to flip the switch on the Freestone County Raceway and turn on the lights as Round 1 of the 17th Annual FMF Texas Night Series kicks off on Saturday, April 2nd.  Since the lights were added to FCR in 2005, motocross at night was forever changed with an incredibly engineering achieved.  If you have not raced the FMF Texas Night Series, you don’t know what you are missing.

Early registration is now open until 11pm on Tuesday, March 29th. كيفية ربح المال من الالعاب   Save yourself $5 per class by signing up online.  You can also save yourself time waiting in line at the track since all your paperwork will be printed out and waiting for your signatures.  Also don’t forget to bring your AMA card and the last 4 digits of the frame number. العاب قمار روليت   If you don’t have your AMA membership yet, go to http://www.amajoin.com/TEMOGR.

The FMF Shootout has been dropped in favor of the original series starting and ending at Freestone County Raceway.  It’s a head-to-head 6 round series beginning in less than two weeks. كيف تلعب بينجو   For more information about the FMF Texas Night Series, go to http://67.205.147.236/racing/events-2/texas-night-series/. 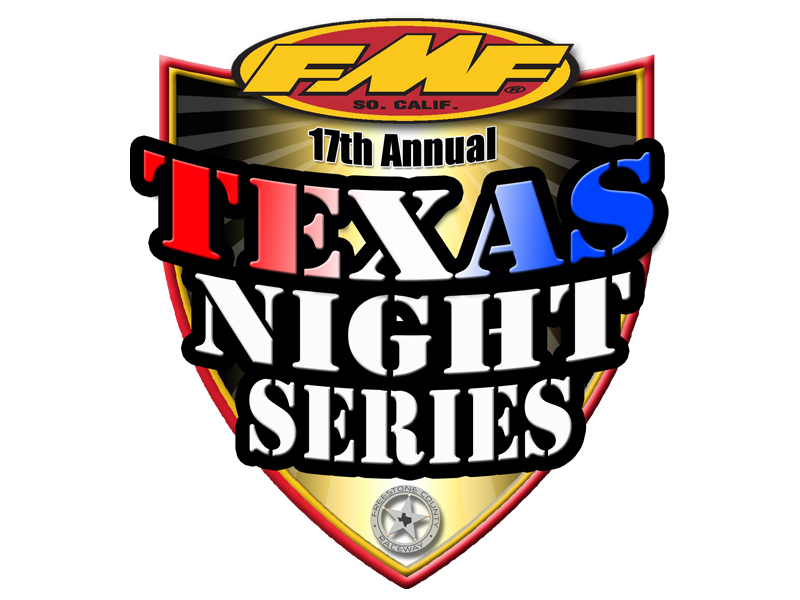