June 23, 2014 (Wortham, Texas) – When you mention the name “Honda of Houston“, you think of many things.  The most familiar is the dedication of a single line Honda dealer supporting the sport of motocross.  Honda of Houston led the charge for American Honda and was “THE” factory team for amateur motocross until the national economy required Honda to pull back.

With rider names like Wil Hahn, Josh Grant and many others that rode for the Red Riders, its no wonder that Honda of Houston is renewing its support as co-title sponsor of the 15th Annual AMA Texas Winter Series.  “We have been with the series since year one and to see how much it has grown over the years, it is a partnership that aligns us with one of our customer bases” said Dave Martin, President of Honda of Houston.  “People come to Texas in the winter months to prepare for the spring amateur races and this series is the warm-up to those events.  The Texas Winter Series allows our local riders to see where they are and line up in some of the most competitive racing around.”

The title to the series is the Honda of Houston/FMF AMA Texas Winter Series and as such it serves as the first Pro Am’s of the year at all five rounds.  The series is the largest and richest in the Lone Star state and one of the largest in the US.  With factory support from American Honda at over $35,000, the series brings the top level riders for each class.  Classes for 50cc air-cooled bikes, all the Beginner along with the standard classes provide riders someone to race with no matter what level.

The series begins on New Years Eve weekend at Freestone Raceway (the national track).  The order of the tracks has changed for 2015 as seen below so circle these dates on your calendar. 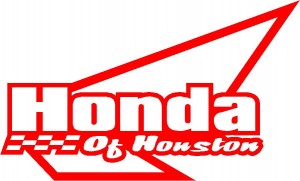