August 27, 2013 (Wortham, Texas) – It’s hard to imagine the winter months when its near 100 degrees in Texas but Freestone County Raceway L.L.C. is happy to announce that Honda of Houston is renewing its co-title sponsorship of the 14th Annual AMA Texas Winter Series.  Honda of Houston has established support as one of the longest standing sponsorship’s with any motocross series in the Lone Star state. العب بلاك جاك اون لاين

The series was established at the end of 2000 during months when no other racing was going.  “When the series began, the last race of the year was in November and did not start again until March” said Tony Miller (Freestone President).  Miller went on to say “We never knew what it would grow into but with Honda of Houston, you know you have a dedicated partner in motocross.  Their history in the sport is well documented and we are grateful for their continued endorsement of the series.”

“Honda of Houston is proud to continue its tradition of sponsoring the biggest motocross series in the state of Texas” said Dave Martin, President of HoH.  Mr. Martin continued “We look forward to a great 2014 series and wish the best to Freestone County Raceway, the Miller family, and all the participating tracks. العاب في الهاتف ”

The last two years has seen double digit growth once again.  Last year the series grew to over 550 entries per round.  Over 33% of the rider in the series were from outside of Texas making up 26 different states and two countries thus bringing great competition to Texas. 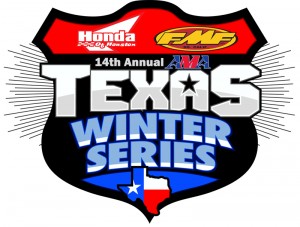 One thought on “Honda of Houston Renews Title”