December 12, 2011 (Wortham, Texas) – As part of the 12th Annual Honda of Houston/FMF AMA Texas Winter Series, Freestone County Raceway and Red Bull Energy Drink have teamed together for a New Years Eve celebrations on December 31st.  While riders and their families partake at the Miller ranch for round 1 of the series, Red Bull will be hosting the New Year.No Limits. Pit Party at Freestone Raceway in Wortham, Texas.  Not to stop there, a DJ will be on hand to spin some music for all to enjoy in bringing in the New Year.

This year’s Red Bull: New Year. No Limits. will see Levi LaVallee jump his snowmobile over San Diego Bay alongside Robbie Maddison’s motorcycle as both aim to beat the current world distance records in their respective disciplines on New Year’s Eve.  This year, LaVallee and Maddison will jump at the same time over 300 feet of water from the North Park to the South Park at San Diego’s Embarcadero Marina Park. LaVallee will attempt to break his own record of 361 feet, while Maddison will be aiming for a leap of more than 400 feet to eclipse the current record of 391 feet.

As part of the Texas Winter Series, gate admission is $10 on Saturday, December 31st after 3pm.  The New Year No Limit LIVE broadcast will begin at 10pm CST on ESPN.

For more information about the Red Bull New Year No Limits: http://www.redbullusa.com/cs/Satellite/en_US/Sports/Motor-Sports/New-Year-No-Limits/001242797773354 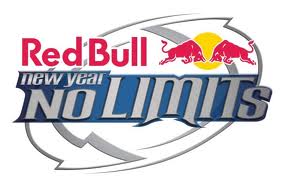 The Red Bull Media House was founded in Austria in 2007 and runs a subsidiary in North America since January 2011, though it has been producing and distributing content for the last 20 years. The Red Bull Media House North America develops compelling and innovative long-form programming and short-form content derived from its strong brand, events, and athletes. Through Red Bull Media House North America’s network in over 160 countries, stories that speak to a young global audience are captured in the highest quality formats available for all media channels including television, film, print, mobile, and digital. For more information, please visitwww.redbullmediahouse.com