February 26, 2013 (Wortham, Texas) – With an average of 542 entries over the five round series, the Texas Winter Series showed a 21% growth from 2012 to 2013.  The riders were the biggest benefactor with better competition and the addition of another top notch facility (Underground MX Park) in the series.  If not for rough weather for Round 2 that plagued Village Creek, the series was headed for an even bigger average.

To each of the 2,714 entries, we hope all of you enjoyed the series.  And a final thank you to each track owner for offering your land to allow the greatest family sport to exist.  Freestone Raceway, Oakhill Raceway, Underground MX Park and Village Creek MX Park. 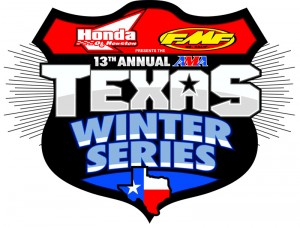