ANY rider that competed in either series will be seeded at the FMF Invitational Shootout as long as they are in the Top 20 in points in the NORTH or SOUTH regardless of how many rounds attended.  If a rider did NOT compete in the series at all, that rider will be taken as an Alternate once the series riders are gated.  That is NOT to be confused with overall series contingency and awards.

Riders that competed in a minimum of 2 of the 3 rounds will receive overall series awards and contingency when they arrive at Freestone County Raceway next weekend. بلاك جاك  If a rider ONLY raced one round, they will be dropped from the overall points and the next eligible rider will move up each position.  Below is the list of riders who scored in a minimum of TWO races.

The traditional Texas Night Series GOLD CUPS will be handed out for the overall class awards on June 6th along with the new DUNLOP ELITE Awards for the Top Youth and Amateur riders.  The DUNLOP ELITE Award has no restrictions and awards the Top point-scoring rider no matter how many rounds they rode. العاب تربح فلوس  Congratulations to this year’s winners, RILEY ALLEN and GERONIMO GIERISCH for earning the most points in each division.

EARLY REGISTRATION is currently open and will remain open until 11pm, next Tuesday, June 2nd.  Save yourself time and money by signing up NOW!!! كازينو العرب 888 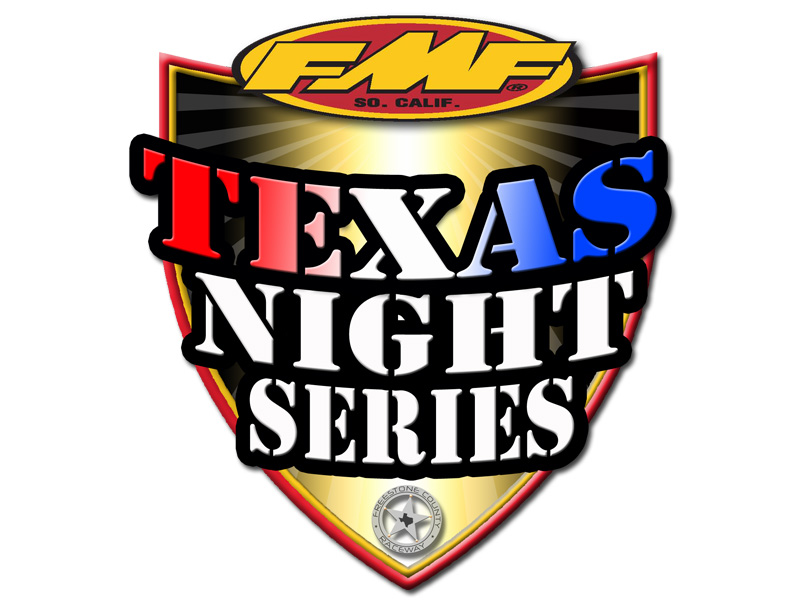